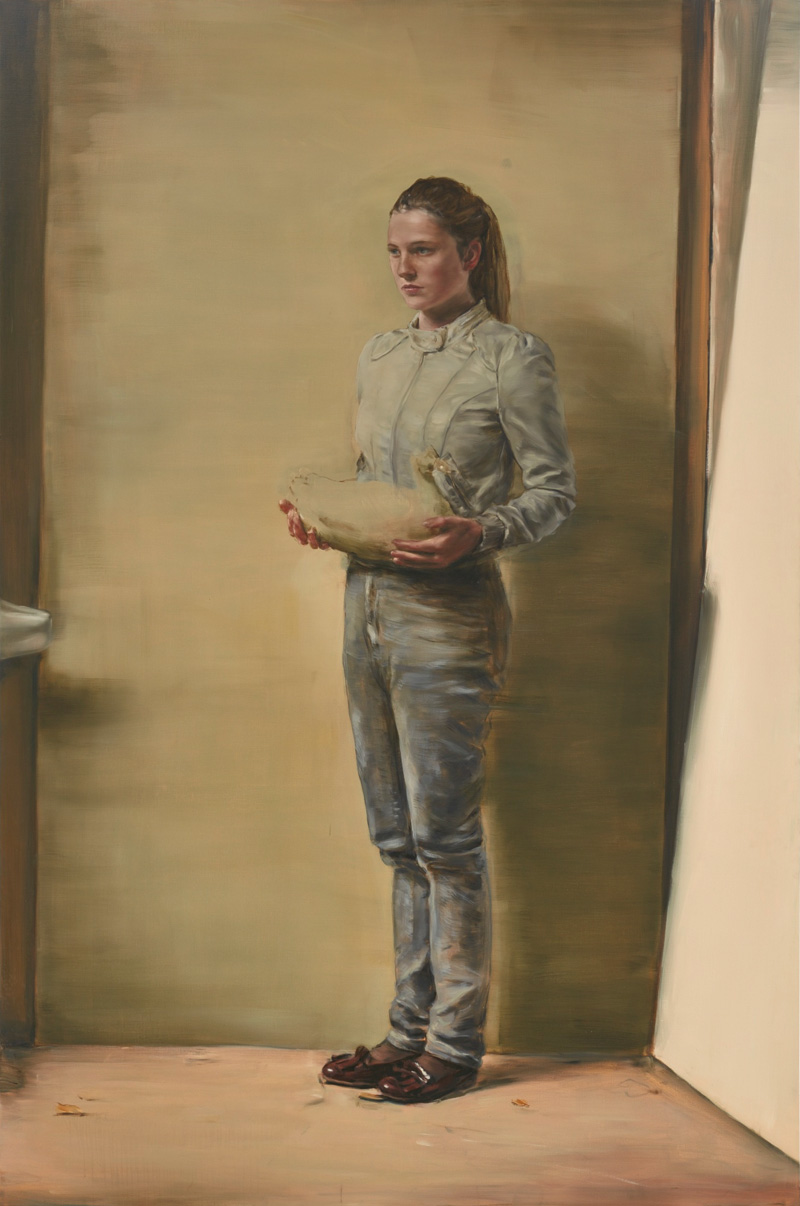 Michaël Borremans (b. 1963) is a Belgian painter and film/video artist. He is known for his academic depictions of figures painted with a hint of surrealism. His works mimic the style of pre-20th century painters, such as Chardin, Velazquez, and Manet and adopt a disturbed attitude recalling Rene Margritte, also from Belgium. Borremans’ figures and portraits are submissive, often dead in appearance, plastic, and objectified. Borremans’ play between life-like depiction and death-like pose, or gaze, contribute to a disturbing effect of noticeably perverse interference between painter and subject. Bodies are cut off at the waist, not by the edge of the painting as seen in old master paintings, but consciously by the cut of the composition. View “Four Fairies”, 2003. Borremans has made a quick and impressive rise to art world acceptance. He began painting around 1996 at the age of 34 and is now represented by David Zwirner and Zeno X Gallery. Since the mid-2000s Borremans has also experimented with film and video creating works that visually resemble painting, but also embrace the dimension of time. “Weight”, 2005 is a 35mm film depicting a porcelain-like girl rotating, legless and object-like. “The Storm”, 2006 is a large-scale video projection of three men sitting motion-less in chairs that loops after one minute. While reminiscent of Warhol’s still approach to film, Borreman’s work specifically recalls the tradition of what one generally understands as classical. See also Luc Tuymans, Marlene Dumas, Neo Rauch, Bill Viola, and Gerhard Richter.

Video: Michaël Borremans: A Knife in the Eye [english subtitles].