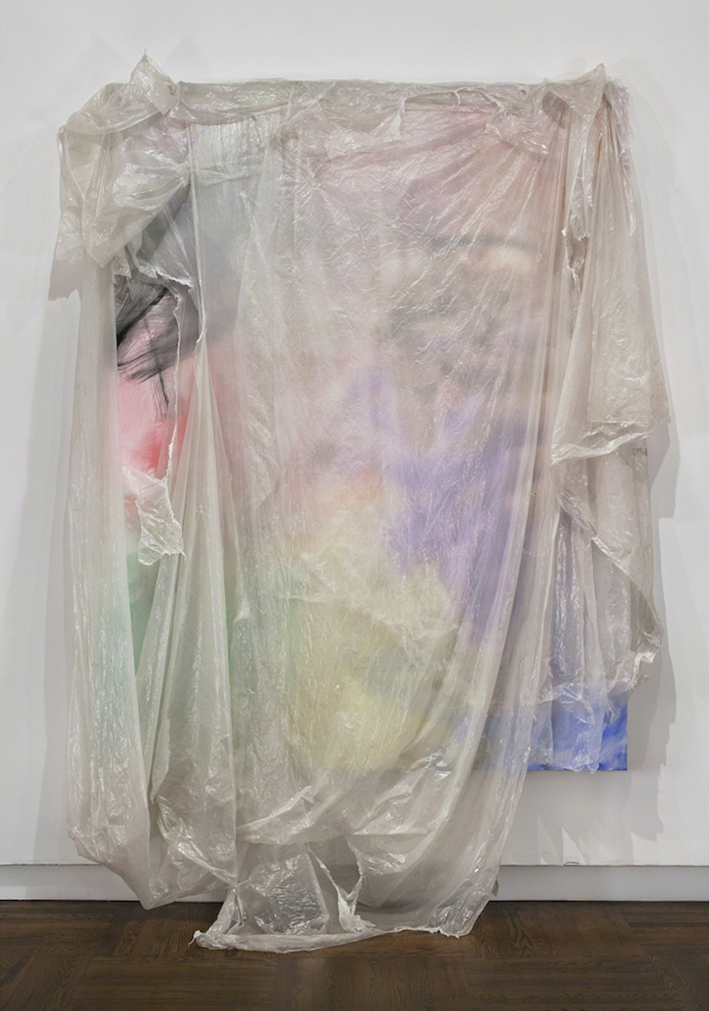 David Hammons (American, born 1943) is an installation artist, performance artist and sculptor, who started in the 1970s. Committed to civil rights and Black Power movements, Hammons’ uses objects and ideas that stir African-American stereotypes, such as basketballs and hoops, spades and chains or kool aid, and subversively use these objects against the ruling ideology through his demonstrations/artwork. His work, along with that of Jimmie Dunham, Rirkrit Tiravanija, Gabriel Orozco and Banksy, blurs distinctions of space (inside/outside) and commodity (value/valueless), already established between art and status quo. In “Bliz-aard Ball Sale”, 1983, Hammons humorously presented different-sized snowballs for sale on a New York City street, next to other street merchants. Seen as valueless next to other consumer goods, perhaps in a gallery setting, with other artificial creations, value might be applied. In a piece titled “Pissed Off” he notoriously urinated against a Richard Serra sculpture combining public art with illegal public activity. (see also "Shoe Tree") His “Higher Goals”, 1986, situated basketball hoops atop telephone poles, erected in Cadman Plaza, Brooklyn, NY, commented on the impossibility of escaping the ghetto through sports stardom.

Eventually agreeing to enter the gallery system, his first show in 2007, was entitled “Hammons”, at L&M Arts in New York City. Here he used the gallery space as a stage to comment on wealth and spaces of value by filling a back corner of the empty gallery with fur coats on stands, unaltered on the facing sides, but marked with strokes of thick black paint, varnished and scorched on the backsides. Hammons continued his intersecting works at L&M Arts in 2011 where he presented seemingly abstract paintings (á la Gerhard Richter), covered mostly by plastic trash bags, torn-up tarps and old blankets stirring associations of homelessness. As one of the most important artists of the late 20th century, David Hammons successfully attacks the major (established) with the revolutionary powers of the minor. He remarks: “Outrageously magical things happen when you mess around with a symbol.”